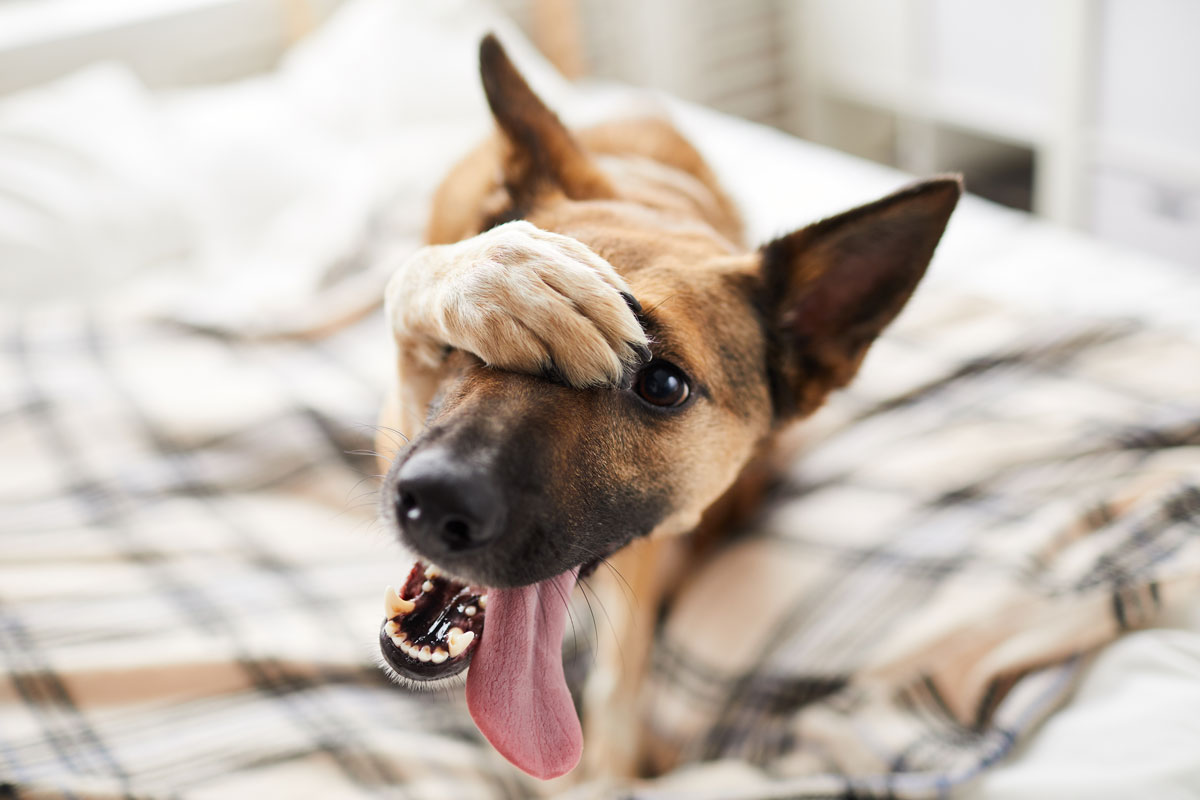 'Veterinary Dermatology' Article Proposes A New Treatment Strategy For Canine Atopic Dermatitis
by Nextmune on May 01, 2019 at 10:54 PM

Canine Atopic Dermatitis (AD) is a common allergic skin disease that is characterized by itching, excessive scratching, hair loss, greasy or flaky skin, odor, and chewing on the paws and groin and armpits. The scratching and chewing behavior often leads to hot spots that can become infected.

A variety of lesions, both acute and chronic, can be present at different body locations, leading to confusion and difficulty in finding an appropriate treatment. That confusion was recently addressed via an article in Veterinary Dermatology exploring: Is it time to revise our strategy?

The article outlines the history and use of single molecule-targeted therapies developed to provide relief to AD sufferers.

Traditional therapy has relied on the use of oral or injectable glucocorticoids to relieve the itching and inflammation that the patient is experiencing. Though, because of the significant side effects of steroids, alternate therapies have been sought after. Recently, single molecule-targeted therapies have been developed to provide relief to the sufferer of AD. Among these are oclacitinib, marketed by Zoetis as Apoquel, and lokivetmab, marketed by Zoetis as Cytopoint. Oclacitinib is a Janus Kinase (JAK) inhibitor that was approved for treatment of AD in dogs in 2014. Lokivetmab, which was approved in 2017, is a monoclonal antibody that targets interleukin-31 (IL-31).

Both JAK and IL-31 are involved in the cell signaling pathway that leads to itching. Although these therapies often achieve itch relief, they fail to address many other symptoms as AD is a complex disease, involving many molecules and many types of inflammatory cells. It is because of this complex nature of the AD disease that single-molecule therapies such as oclacitinib and lokivetmab often fail in certain patients or do not last for long periods of time.

A better approach to addressing AD in your dog is to take a proactive approach. While the previously mentioned therapies simply address relieving the symptoms of AD, the best therapeutic approach is to eliminate the underlying cause of AD itself. The most effective way to prevent the onset of AD is by allergy immunotherapy, also known as hyposensitization.

This is a medical treatment in which the offending allergens are gradually introduced to the patient in an effort to induce tolerance to the allergy. Once tolerance is achieved, any immune responses to these allergens will be eliminated or greatly reduced, resulting in a clearing of the AD symptoms. The process usually takes several weeks until any benefit is observed, and, in the meantime, the patient can use oclacitinib or lokivetmab to increase their comfort level until the allergen immunotherapy begins to work.

With the controlled, uniquely-tailored use of single-molecule therapeutics and Nextmune’s allergy immunotherapy, you can provide patients immediate relief all the while addressing the complex molecular mechanisms behind the disease.